Just an other Tancook sunset. 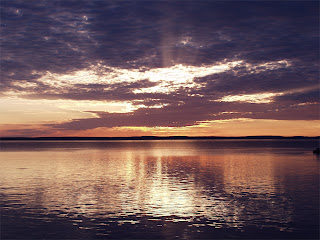 Email ThisBlogThis!Share to TwitterShare to FacebookShare to Pinterest
Welcome to Tancook Island NS. Canada a place of great but sad changes. We first went there in 2004, it was a piece of an earlier time, the pace was slow, like the ocean that surrounded it, but would pick up like the storms that would hit the island in fall and winter. 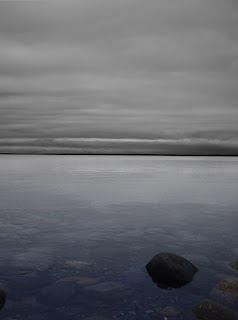 Now it is a different place, the people that made the Tancook Schooner famouse and Tancook Sauerkraut as famous are dyeing off, and the "Summer People" are taking over. They are slowly outnumbering the original settlers of this beautiful Island. People who could survive 5 generations of North Atlantic winters only to pop back up in spring and work harder that ever. To these people the originals I dedicate the next several images. Not the loudmouthed "visitors" that think because they come there for a summer the state will keep the ferry running . . . never mind, just look. at what once was.
Posted by Unknown at 7:17 PM No comments:


I have a friend who has a marvelous Photo Blog, and he and his wonderful wife visit us usually once a year, summer or winter, and several years ago they were here over part of the month of January, a cold windy bitter month here in the plains. So I decided to take him to Turkey Run State Park, looking for interesting ice, or something that was not just Sear Brown, a color not found anywhere else but here during the winter.

That Sear Brown, is not found in one place at least in indiana, and that is the above mentioned state park. Most people believe Indiana is a Land of unremitting flatness, this is not true in the southern half (more or less) of the state. It is a surprise to most people, to see the terrain change that occurs after just a few short miles, and this is best seen in Turkey Run. It is a big park with a small creek that has cut through a large Sandstone deposit, with many feeder streams that have cut deeply into this sedimentary layer creating very deep, cool, narrow streem-beds with cliffs over hung with ferns and rare high moisture plants. In short it is a beautiful place to wander . . . . except in summer when it can be so crowded that you cannot move. But Winter, that is when this place shines! It can be a Photographer's joy and Nightmare almost at the same time. These narrow deep winding canyons are in and out of good light so quickly that I have shots that I literally lost the good light from one shutter click to another. But the colors are so amazing that we had to come back a second day because the light failed us when we had found this place that We both took this shot at.

This is called Icecave, The color saturation is almost untuched. The colors come from the minerals leaching out of the various layers of sandstone and the soil and plant life above. Enjoy. 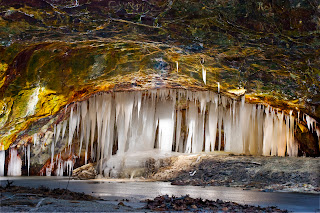 Posted by Unknown at 9:45 AM No comments:

Why this Name, and Red Sun

Well, Since this is the first post for me on this Blog, I will make comment on the name of my Blog.

The digital lens art thing is only . . . . . "yes, that is an available name" thing. Other than that it would have been a way cooler name. But, ah who cares anyway, this is just a way to share stuff with people who don't know my work, 'cause we can't all do work for National Geographic, or other big name outfits . . . and some of us don't want to anyway.

I use a Camera, in most cases only as a jumping off point. To me it is not a recorder of events, though it may look like that is what I am doing, that is not the intention. The camera captures only something to use as a place to start. After that it is all manipulation, until I get to a place, where the feeling that "I" am trying to create comes through, at least for me. The emotional content is the end goal for me, be it a simple black and white shot of a barn, or a completely digital creation with no relationship to anything other that what is in my head. The purpose is the same, an outlet for my creative energies,  and I learned long ago that I had to get those out of me in some way or I was not "complete" and just started feeling bad.

So I will start showing images here, for you all to look at, some may interest you enough to comment on . . . good then. Positive or negative it doesn't matter, bad language or abuse does, An Will Be Removed other than that go for it.
Bane
First image is digital completely, no camera involved, it is large and was created during a short set of days when I felt somewhat sad . . . for no reason, but sad none-the-less. It became part of a series called Red Sun . . . . . the reason will be obvious. As I learn how to link to larger versions, you will then be able to see the detail that is so lacking in low resolution images . . . . . The Bane of the web.